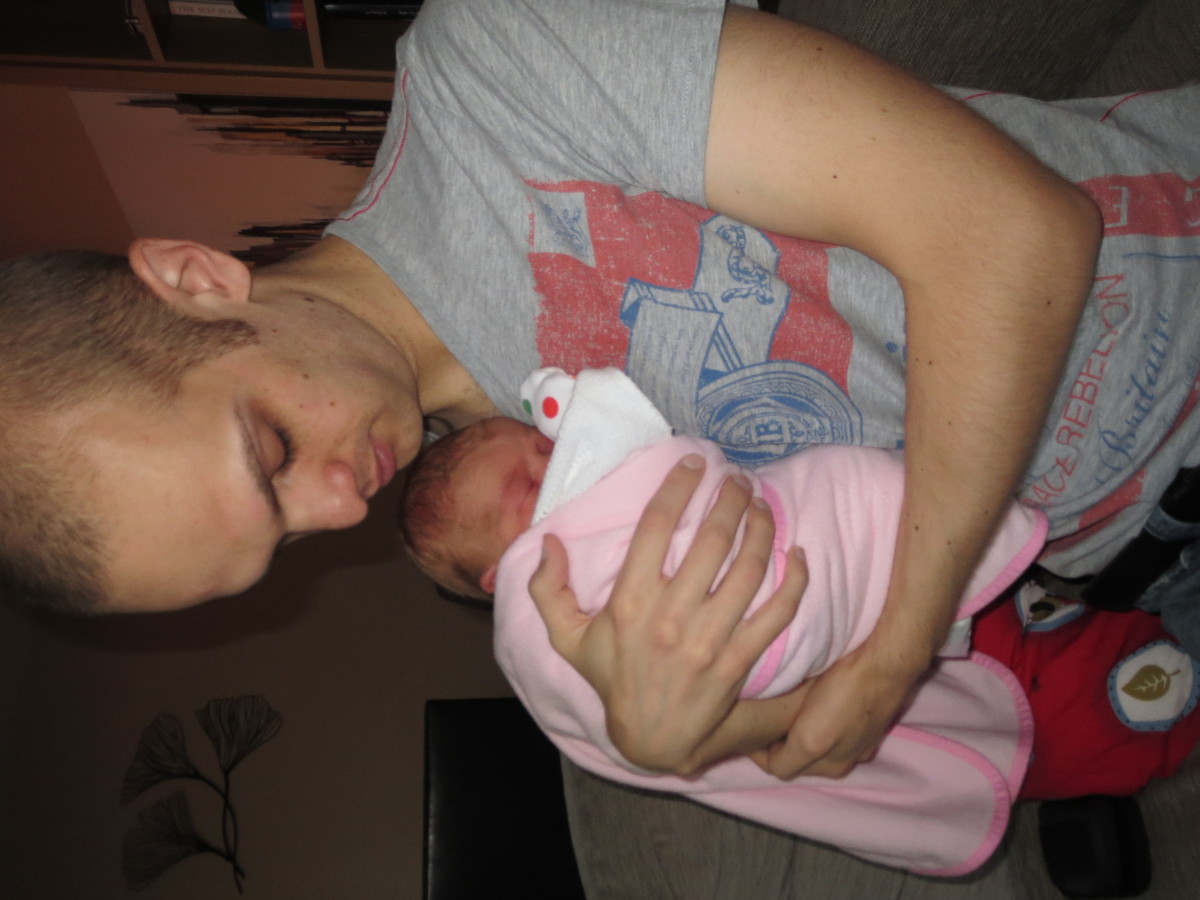 My mum was given an epidural when in labour with my sister and I. She was given it as routine. Unfortunately it wasn’t inserted correctly so she has experienced some back problems on an off ever since. I asked her if she felt she could have managed without it and she replied that she felt she hadn’t needed it. She felt resentful of the lack of choice. Whilst it had been a rare accident, I was nervous of epidurals and needles in general and wanted to have as natural a childbirth experience as possible for our first child.

Dave: When Kathy suggested that we attend a hypnobirthing course I was very sceptical, but I am glad that we did. It was not long into the course that I realised that it was incredibly useful. Thanks to Tracey, we had a brilliant birth experience, and with her as our doula I felt a lot more confident that we were providing Kathy with the support she needed in such a pivotal moment.
Tracey helped by comforting Kathy in ways that I could not, in particular it was great to have her sitting in the back of the car on the way to the hospital, I could concentrate on getting us there safely! Tracey continued to be incredibly helpful at the hospital, liaising with the staff so that Kathy was as comfortable as possible, and could concentrate on her breathing. She also supported Kathy helping and encouraging her to try different positions to help keep the birth going.
I am so proud of my wife, she gave birth without any drugs and without swearing once, all thanks to Tracey’s teachings, advice and support!